Head in the Clouds: SaaS, PaaS, and Cloud Strategy

All cloud all the time. This blog is the source for news and views on cloud strategy, SaaS, PaaS and cloud development.

The BYOD movement is in full force and vendors picking up on the trend are beginning to offer specialized applications to make content accessible from any device and to keep that content secure.

Stepping into the fold is Glide, a browser-based cross-platform integration software from TransMedia. Glide works as an online desktop that can run on nearly any operating system, desktop or mobile, and on all major Web browsers. It converts content of all types so that they are compatible, allowing Quicktime videos to play in Windows Media Player, for example.

“You have this built-in incompatibility and a lot of users have all three products,” Leka said. “The whole point of cloud computing is to have quick-sharing efficiencies.”

While individual vendors have made it easier to share between their own products, Leka said that none of them want to make integration easier between what they offer and what a competitor does.

“iCloud is designed to create integration between the iPhone, the iPad and the Macintosh computer, they’re cross-selling platform,” Leka said. “If someone buys an iPad, they don’t want to make it easy for that user to buy a Google Android phone.”

While Glide may sound consumer-oriented, its focus is actually on the healthcare industry, with a million patient records processed with Glide so far. Leka said that Glide has focused specifically on developing a rule-based system with heavy emphasis on access rights to make it attractive to healthcare professionals.

“Anonymity with HIPPA is very important in the sharing of patient records and information, and those rules are applied at a core level,” Leka said. “It’s pretty granular.  Different organizations have different ideas about what to do, so it’s important to keep it flexible.”

While the HIPPA rules act as a top layer in the rule system, practices can apply more rules on top as they see fit, down to a specific file. For example, patients can be allowed to see their medical records, but not the physician’s notes, but other physicians would have access rights to the notes.

Leka said he hopes to find even more traction in healthcare, because he doesn’t think the enterprise market is ready for primetime.

“I don’t think it’s rational,” Leka said of enterprise thinking. “Even though it makes sense, it takes a lot longer for organizations to move and change.  That’s why we steer clear of the enterprise market for now.” 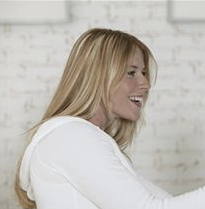 Adjustabeds - 7 Apr 2012 1:28 AM
Great article. But where do applications fit in to this story? Something like Evernote, for example, that is compatible across various devices and effectively manages everything from photos to voice notes. It lacks in multimedia management (compared to say, iTunes) which is a huge downfall...