The Enomaly-powered cloud brokerage service SpotCloud has been chugging along for some time, rolling on-demand virtual machine providers into its fold. It’s set to go live next week, a clearing house for cloud computing resources, a bit like a rudimentary RightScale, but unlike RightScale it handles the cash. Sellers pay a brokerage fee and set their own prices based on whatever the hell they fell like.

That’s neat, everyone’s been saying cloud computing is going to make infrastructure a commodity, so along comes the commodities broker to match the bulk producer with the consumer. It’s been tried before- Deutsche Telekom spun out Zimory as a cloud brokerage a few years ago. It wasn’t successful and it’s withered on the vine into a weird sort of cloud management/infrastructure delivery thingie.

SpotCloud might have a fighting chance, though, mostly because it’s about three years later. Vrtualization is much more widespread at the service provider/data center level, the market for public cloud is robust and so on.

It also has actual capacity to offer. SpotCloud says it’s got a solid 10,000 physical servers committed to the platform from scores of operators all over the world. Right there, that puts it at a comparable scale with Rackspace and Amazon’s cloud environments.

It works the same way those do- login, pick a server, launch it, pay for it. It’s incredibly light on features; ‘bare-bones cloud’ comes to mind. But you want a server somewhere? Get a server. Essentially without lifting a finger, SpotCloud just built out one of the largest contiguous cloud computing environments in the world. It remains to be seen whether or not sellers can offer prices that actually tempt buyers.

That’s where the surprising news comes in. One, SpotCloud now supports VMware; Enomaly CTO and SpotCloud creator Reuven Cohen said they were basically forced into it. Originally SpotCloud only worked with Enomaly-powered clouds, but that had to change, since the overwhelming majority of sellers with capacity to offer were on VMware. “Honestly I was a little surprised…VMware is basically everywhere,” he said.

Cohen said he pitched his platform as free and easy, just park it on servers that are only getting used for SpotCloud anyway and away you go, but VMware was king. The other surprise was that the sellers on SpotCloud aren’t all up to date, cloud-ready hosters with unused capacity they want to monetize. Cloud computing firms aren’t the sellers on the cloud computing brokerage.

“It was really, uh, little guys, other types, guys you would not associate with the cloud,” Cohen said. In other words, the excess virtualized capacity was floating around the hosting world. It’s floating around in data centers and colos of all stripes and sizes, from Joe’s Basement Hosting Shoppe to operators stuck with dead weight investments.

Cohen said the pitch had gone from “Join the cloud, get in on the action” to “Clean out your closets, the server-man is here” One large Australian DC had jumped the gun on a customer project and ended up with $3 million worth of infrastructure that was sitting dark. The client had bailed; they had 2 TBs of RAM and servers just sitting there. They signed it up for SpotCloud and at least it’s got a chance; any money is better than none on dead weight and they can just pull out if they find a better use for it. Another example was an LA-based DC that served the entertainment industry.

It’s interesting to me that what is, for all intents and purposes, one of the largest true IaaS clouds a) popped up overnight and b) is built out of scrap iron and used tires. That’s definitely a validation of the cloud computing model and how far we’ve come on platform. The real test though is whether anyone is going to buy enough of it to matter, since a commodity is by definition easy to get a hold of.
“It’s been harder finding the buyers,” admitted Cohen. Color me unsurprised.

Joe Foran - 14 Feb 2011 10:09 AM
This almost seems like the beginnings of an entirely new subset of the commodities market... Instead of buying pork bellies, we'll be buying CPU cycles!
[-]

CarlBrooks - 14 Feb 2011 1:20 PM
Joe, I agree! Its about due; if, as Reuven says, the capacity he's brokering is really coming from general purpose data center operation and not speciality cloud services, then compute and storage have definitely come of age as a commodity! I wonder if anyone's going to trade CPU futures? :) Reuven says the initial use cases could be locale-driven, like making quick and dirty CDNs b hosting servers in various countries or getting hosting closer to your shop to speed up bandwidth; that's plausible, but still a pretty narrow use- I think it'll catch on if people see it as an equally reliable and functionally equivalent to AWS and things like that. It'll be interesting to see how the service holds up.
[-] 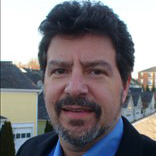 Garretsonr - 14 Feb 2011 1:40 PM
I'd be a bit skeptical about buying into a platform "built out of scrap iron and used tires," as you say. But maybe it would be worth a try for CDNs. The [A href="https://www.cloudsleuth.net/web/guest/cloud-performance-analyzer"]Cloud Performance Analyzer[/A] on CloudSleuth.net illustrates graphically how CDNs can improve web application performance around the world. But for critical applications themselves, I think I'd stick with[A href="https://www.cloudsleuth.net/web/guest/global-provider-view"] these major cloud providers[/A] who bring expertise in security, availability and performance to the table as well as the scale to be cost-effective.
[-]

CarlBrooks - 17 Feb 2011 2:54 PM
Garretsonr, indeed the viable use case seems to be CDNs right now. I tried it out, it works pretty much as advertised. You get each instance for a preset maximum amount of time. What I could see people doing is uploading preconfigured VMs with specific duties and setting them to run as needed from a specific application via API, where needed(there's only a handful of sites available from what I saw but they are pretty diverse(Hong Kong, Iceland, Italy, East and West US, etc)). No one's going to be building a business entirely on SpotCloud right now. The 'scrap iron' comment is poetic license :)
[-]

Garretsonr - 22 Feb 2011 9:11 AM
Carl, thanks for the follow-up, and I didn't mean to be overly pejorative in my reuse of your "scrap iron and used tires" descriptor. I just meant to agree with the point I thought you made originally: that buyers on this spot market would likely be those with a very transient need, such as those with a temporary need for a CDN. For example, an online florist business that needs burst of application performance in the few days leading up to Valentine's and Mother's Day. You may not want to deploy the commerce apps that run your business to such a platform, but creating an edge caching app to speed performance during extreme peaks of usage might be worth a try. Anyway, glad to know it appears to work as advertised and there is good geographic diversity. That's another thing the CloudSleuth.net [A href="https://www.cloudsleuth.net/web/guest/global-provider-view"]Global Provider View[/A] shows; how sensitive cloud reliability and performance is to geography. --Rob [A href="https://bit.ly/garretsonr"]About me[/A]
[-]

Openhosting - 2 Mar 2011 12:14 PM
I am pretty confident that the market for anything cloud will be even more widespread in the near future. The process of online collaboration truly calls for a solution where teams can access data at any terminal.