This new product from Rackable is one of many that we are seeing from vendors who are trying to design new equipment or re-purpose existing equipment for cloud computing environments, which are characterized by a 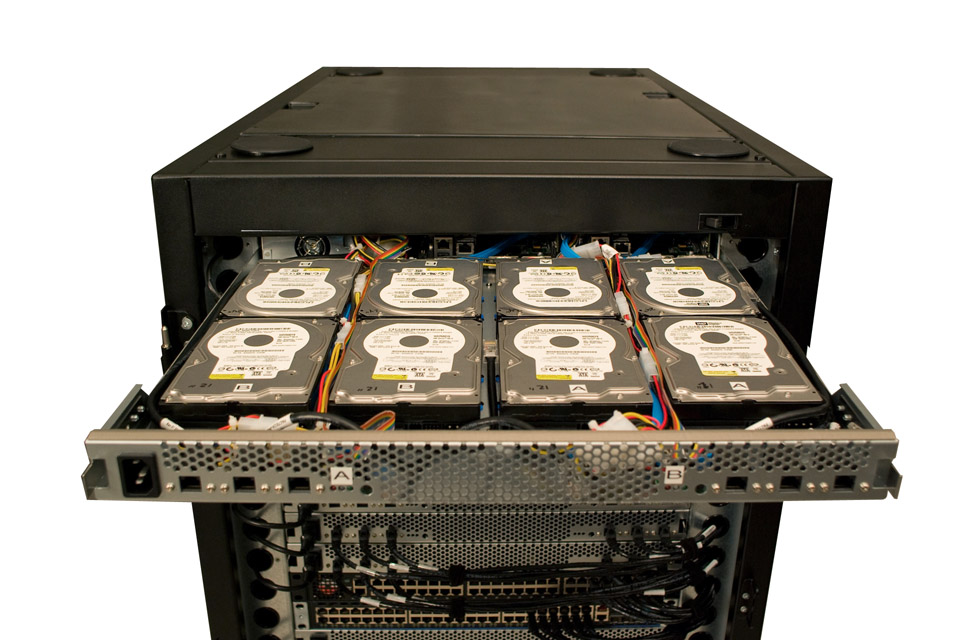 According to Saeed Atashie, director of server products at Rackable, CloudRack was created with the density and power efficiency cloud environments demand.

CloudRack is 44U cabinet that supports up to 88 servers, 176 processors from either AMD or Intel, 704 cores, 352 TBs of storage and up to 8x 3.5” drives/board (4 drives/CPU). It is designed to be power efficient, and easy to service, according to Rackable.
“CloudRack is designed from the ground-up with cloud customers needs and buying behavior in mind,” Atashie said. “In comparison, a number of our competitors design for a general purpose (one size fits all) server market and then try to position these products in the cloud computing market.”

Rackable also announced servers for HPC and cloud environments back in June, the  XE2208, with twice the density of existing Rackable Systems servers.  Rackable is focusing products on the cloud computing market because it is “the latest industry mega-trend,” Atashie said. Other companies focusing products on the cloud include IBM, VMware, HP and Intel.

Atashie said Rackable already has customers lined up for the CloudRack, but would not disclose any names. In general, CloudRack will appeal to companies using cloud computing or those using high performance computing, the company reported.