A new cloud service from Swan Island Networks allows cities to tie information together from multiple "big data" sources to improve the response to natural disasters and man-made catastrophes. 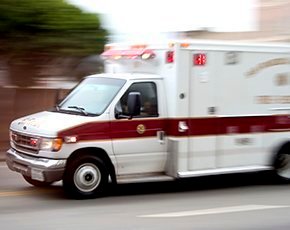 "Trusted Information Exchange Service [TIES] promises to allow city managers to create and share real-time common operating pictures of their cities," said Charles Jennings, CEO of Swan, a Portland, Ore.-based provider of situational intelligence software and services. "There is everyday value and the ability to use this in a crisis to stay on top of what is happening."

TIES aggregates various sources of information from public and private sources and matches them up in various ways, filters this information and pushes it out to dashboards and alerts. The core technology, developed in 2004, is currently used by more than 250 commercial enterprise customers. The new offering promises to bring this same capability to cities by leveraging the Azure cloud and Microsoft's CityNext initiative.

The core service consumes, fuses and filters hundreds of big data sources, including social media streams, weather data and government information systems, and can then aggregate them into dashboards and targeted alerts. This capability can help municipal managers and emergency-response personnel make faster and better-informed decisions in crises.

One of TIES' key features is the capability for providing a common operating picture, which can filter, organize and display breaking events of all kinds via maps and dashboards. This capability offers a comprehensive view of information about severe weather, potential criminal activity, road closures and electricity outages in a single interface. It can also notify front-line personnel in filtered alert notifications via cell phones and tablets.

TIES has been used to help deal with some challenges of responding to various emergencies, including the Fukushima nuclear power plant meltdown in Japan, Hurricane Katrina in New Orleans, and the Sandy Hook school shootings in Connecticut. Three versions of TIES for Microsoft CityNext are currently available for city leaders, schools and special events. All are part of a rapid-deployment program that can help get cities up and running within 60 days.

The TIES infrastructure is a private credentialed network managed by the city. The comprehensive dashboards with sensitive information can be delivered to authorized personnel in the community and can be ramped up to more users to address specific emergencies. These users are able to view dashboards, maps and gadgets based on their profiles.

What would have once taken hours and multiple people sorting through multiple sources to find vital information can now be done by a single analyst.

Less sensitive views of the information can also be pushed out to the public to help people better understand and deal with the impacts of emergencies. "You need a private ability to collaborate and gather information, and you also need a way to keep the public informed. You can imagine the governor of Georgia using our service to show what was happening in their recent ice storm with a public-facing website," Jennings said, referring to the blizzards that crippled parts of Georgia early in 2014. "The key is that what the public sees is a small subset of what happens behind the curtain."

Once cities subscribe to the service, they can also share information with other cities to learn from each other's experiences. If they decide to collaborate, they can now do so with the flip of a switch rather than having to work through a data-integration challenge, Jennings said. At the same time, the information and systems are policy-controlled, so only authorized information gets shared.

TIES has also been used by large companies to monitor global events that could threaten their systems. It allows them to tie together big data sources ranging from the location of employees to traveling assets such as supply-chain trucks, weather and crime data.

Robert Dodge, president of Dodge Global, an international risk management consultancy, was an early adopter of TIES while working as senior vice president at Pinkerton Corporate Risk Management. The approach can best be described as "intelligence-led risk management," he said.

"I saw a ton of potential to aggregate data and visualize it," Dodge said. "Traditionally, an analyst would have to open up 10 screens to get maps, RSS feeds and cameras. With TIES, all this information could be presented on one screen."

A platform like TIES can help to make the escalating explosion of online information more useful, Dodge said. "The problem with intelligence is that, 10 years ago, there wasn't enough to make good decisions. Now there is too much information," he said, adding that TIES allows users to take data, pull it into one location and then act on it. "What would have once taken hours and multiple people sorting through multiple sources to find vital information can now be done by a single analyst to put together a security or response plan to address top threats," he said.

A key element of TIES is its ability to aggregate both structured and unstructured data. An extract, transform and load (ETL) engine built into TIES is capable of taking data from any format. The structured data comes in an emergency-response format that automatically flows through TIES to end users. For example, much weather-related data is structured. Unstructured date can include news reports, RSS feeds and social-media postings.

The first step is to consume the information -- which may be from COBOL-based 911 back-end systems, RSS feeds and everything in between. The system uses extensible markup language (XML)-based transactions to expose data feeds and databases.

TIES also uses the Common Alerting Protocol (CAP), an XML-based data format for exchanging emergency data between agencies. CAP has been adopted by meteorological organizations and the Federal Emergency Management Agency. The format facilitates a consistent warning message to be disseminated over many different warning systems that might indicate undetected hazards or hostile acts.

CAP is also the alerting component for the National Information Exchange Model (NIEM) specification developed by the U.S. Federal Emergency Response Agency at the U.S. Department of Homeland Security. All 50 states, along with 19 federal agencies, have committed to using NIEM.

Cloud for the smart city

TIES is being offered in conjunction with the Microsoft CityNext initiative, which was launched in July 2013. Jennings says CityNext is similar to the IBM Smarter Cities Initiative -- but with a focus on the cloud.

One of CityNext's key goals: allowing cities to innovate without breaking the bank. "In Microsoft's case, it is very much about using the cloud," Jennings said. "CityNext is about helping cities find an on-ramp to the cloud so they can enjoy the economic [benefits] and speed of development the cloud provides."

At the moment, TIES is a standalone service that requires no integration with internal city IT systems, unless a city wants to provide data such as 911 reports, as the city of Denver does. Other sources of information could include traffic-cam data or sensitive transportation information that could be exposed and fed back to the dashboards in an aggregated way.

In other cases, cities might not want to expose any internal data and instead use TIES to aggregate weather, crime and similar data.

"There is no other way that cities could think about affording this kind of capability without the cloud. When you do this out of the cloud, you can amortize the cost not just of the hosting, but the building of a common policy and security environment," Jennings said. However, it won't be affordable for cities to take the approach as a one-off, he warned: "You don't have to have IT departments sign up for two-year multimillion dollar projects that may or may not work. You can start immediately to see if it works."