In a series of steps over the past 15 months, IBM has made a concerted effort to pull together a cohesive cloud computing strategy from what was previously viewed as a series of disconnected products and technologies spread across disparate software groups. 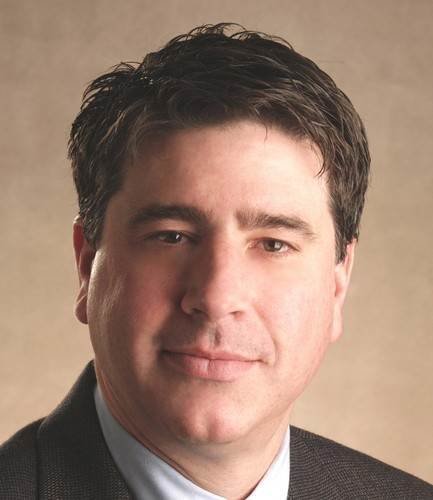 In April 2011, IBM announced its SmartCloud initiative, a rebranding of its cloud-related Infrastructure as a Service (IaaS) and Platform as a Service (PaaS) products to make it easier to deploy and manage public clouds. The company followed with SmartCloud Foundations, a collection of enablement technologies for building out and managing private and/or public clouds. This past March, IBM revealed its intent to build a common technology stack for cloud based on an open standards reference model. And finally, in April 2012, IBM released its PureSystems family -- a series of out-of-the-box, cloud-ready systems integrating server, storage and networking features.

So what's the next step in its cloud plans? SearchCloudComputing.com sat down with Scott Hebner, IBM's vice president, strategy, cloud & business infrastructure, to discuss the evolution of IBM's cloud computing strategy.

With the first three phases of your IBM cloud computing strategy delivered, how do you move forward from here?

Scott Hebner: In this year's annual survey of CEOs, it was clear the No. 1 driver of cloud adoption is mobility. Mobility and cloud are different sides of the same coin in many clients' minds, so we are building out a mobile platform that is inherently cloud-based. It is a development and runtime environment, coupled with management and security, plus applications such as Lotus and business analytics. It's a platform inherently built on some of the principles of SmartCloud. You will see us mature that.

In the area of "big data" and analytics, you will see this notion of integrated expert systems that make deploying and managing clouds simpler. In terms of smarter infrastructure, you will see more capabilities to deploy and manage cloud services out to cars and medical devices.

How far away are we from seeing this?
Hebner: You will see some of it later this year, but you will see it incrementally. From a pure cloud perspective, you will see more integration, support for open standards, common stack implementation and SaaS (Software as a Service) capabilities that sit on top of all this. The biggest thing is the notion of patterns of expertise -- infusing expertise into (SmartCloud) so redundant tasks can be streamlined.

So you're embedding this expertise in the form of code?
Hebner: Right. [This includes] things like administrative expertise, deployment expertise and management expertise. We are trying to capture this notion of patterns -- what clients are doing that can be deployed into a system -- almost like infusing expertise. The idea is to infuse expertise into SmartCloud. This can lead to one of the biggest differentiators we have from a technical perspective, which is a workload-aware cloud environment that allows you to shift workloads from cloud to cloud.

As well as shifting workloads from legacy systems on the ground to the cloud?
Hebner: That's part of it. But the optimized-workload thought is really important because many workloads are not fully aware of the environment they are operating in, so it is harder to manage them, provision where they should go, and improve quality of service. We'll be able to help users build workload-aware clouds that have more intelligence and expertise built in so they can adapt.

I haven't heard IBM promoting analytics being built into the cloud. You seemed to be pushing that more as an advantage a year or two ago.
Hebner: Yes that is one of the areas we need to fill out more. You will hear more about that as part of the SaaS piece.

So Analytics as a Service is coming?
Hebner: Well, it is out there, but we have not been forceful enough with it.

Why not?
Hebner: It hasn't been intentional, but perhaps we haven't been successful getting that message out there strongly enough. For instance, one of the SaaS offerings is SmartCloud Business Analytics, which allows you to do some of these [analytics] things. This is where SOA is important. We have a services-oriented approach around our business analytics capabilities, and we're reusing a lot of that in things like SmartCloud Provisioning.

Is security still at the top of the list for why enterprises are reluctant to move to the cloud?
Hebner: I have seen surveys where it is still number one.

I would have thought by now people's fears would have calmed about security.
Hebner: I think it has a lot to do with change. If you remember, we had the same thing when we were moving to e-business and the number one inhibitor was … you guessed it … security. It is the same thing here. But here's our point of view on this: When you move to a cloud or virtualized environment, you actually have an opportunity to become more secure. Which is more secure: fly 100 people to California in 10 airplanes or fly all 100 people in one airplane? You get to reduce complexity and you start to deliver dynamic services from a more integrated common infrastructure, which is easier to secure and [easier] to manage the compliance risk. Concerns clients have around security should not be an inhibitor, but more a driver to the cloud.

How long will it be before security gets knocked down the list of concerns?
Hebner: I don't know. When we come out with Chapter 4 of our SmartCloud announcements later this year, security will be a big part because we want to emphasize this point of view. We also need to make the case more forcefully that moving to the cloud is a way to actually become more secure in an increasingly interconnected and intelligent world. We have created this whole new security division -- when we acquired Q1 labs -- so we have a major league focus on security. It is a major growth opportunity.

Ed Scannell is senior executive editor for SearchCloudComputing.com and SearchWindowsServer.com. He can be contacted at escannell@techtarget.com.