This content is part of the Essential Guide: Pave a lasting AWS career path 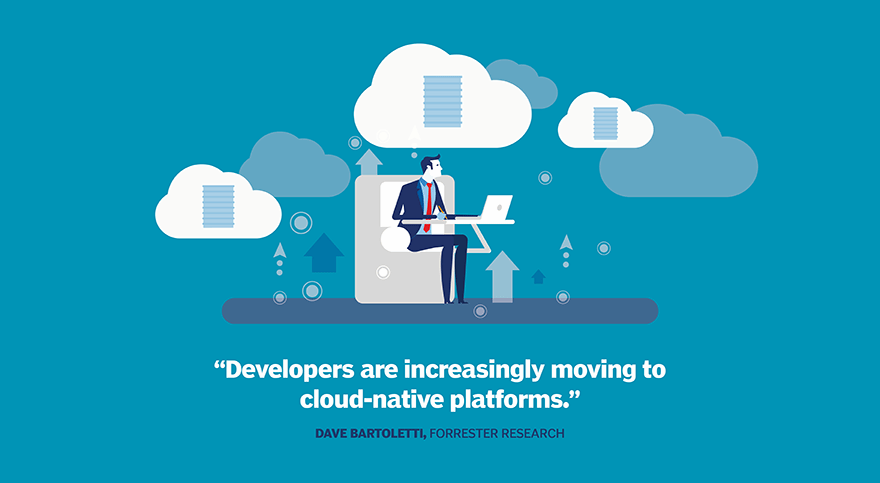 While some enterprises strive to refactor and migrate existing applications to the cloud, a growing number aims to build applications from the ground up that are optimized for cloud. These cloud-native apps are inherently designed to tap into the benefits of cloud, such as increased automation and scalability.

The push toward cloud-native applications is set to continue, and likely accelerate, in 2018. As it does, employers will seek IT professionals who are experienced with the technologies that often underpin these cloud-native initiatives: microservices, containers, and container orchestration engines such as Kubernetes, Apache Mesos and Docker Swarm.

Kubernetes experience, in particular, is especially in demand as organizations look to build, support and manage cloud-native apps, said Anthony James, CEO of Linux Academy, an online IT training company.

"You can take virtual machines and put them up [in the cloud], but all you're really doing is moving your virtualization platform to the cloud -- and that's not really cloud-native," James said. "What Kubernetes empowers is these kind of microservice applications that allow you to easily scale, and scale across multi-cloud [environments]."

Recognizing the momentum around Kubernetes, which was born out of Google, both AWS and Azure increased their support for the technology in 2017. Azure in October took a decidedly Kubernetes slant with its Azure Container Service, and AWS responded with its own managed Kubernetes service -- Elastic Compute Cloud (EC2) Container Service for Kubernetes (EKS) -- at re:Invent in November.

As enterprises continue to adopt container technologies to build and support their cloud-native apps, IT professionals would be well-served to brush up on their cloud providers' native container and Kubernetes services. In addition, cloud computing skills related to DevOps will continue to be in high demand among organizations that build these native apps.

"DevOps is not just a buzz term. It's super real, and it's impacting IT hugely," said Anthony Sequeira, trainer at CBT Nuggets, an IT education firm. "That's a definite area, from my perspective, of huge excitement and huge demand."