How does data location affect network latency in the cloud?

Network latency has the most significant impact on user satisfaction, and the distance from user to server is the largest factor in latency. Application and processing latencies can always be solved by adding more compute capacity, but the time it takes for a packet to go from, say, London to New York, is mostly determined by the speed of light.

Part 1: Is networking infrastructure the Achilles' heel of cloud computing?

Most cloud providers are currently located in the U.S., and network latency within the mainland U.S. is tolerable. However, if a large percentage of your users are in Europe or Asia, then it's vital to choose a cloud provider in the correct region.

Consider these statistics. According to Verizon Enterprise, the average network latency in North America is about 40ms, but trans-Atlantic latency between the U.S. and Europe is about 80 milliseconds. That means a European user will have double the network delay compared with an American user, leading to help desk complaints and poor productivity. 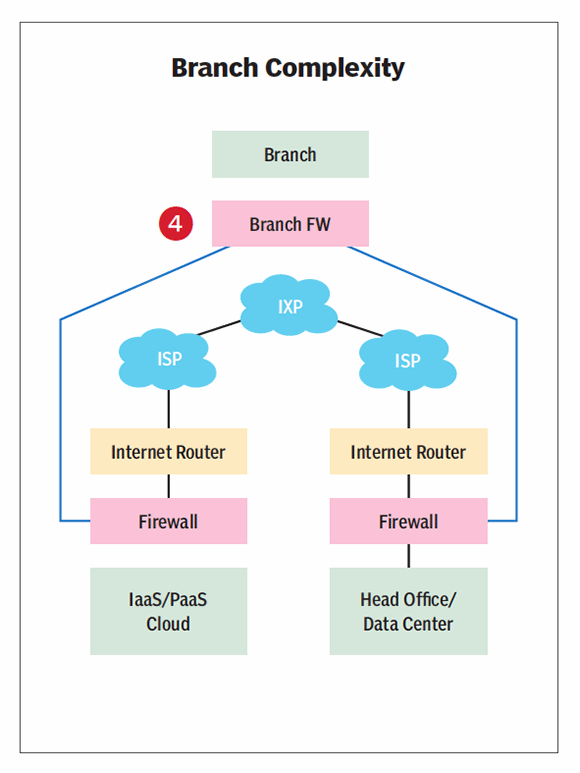 For companies that have security concerns about accessing resources over the public Internet, some cloud providers offer private WAN connectivity to their facilities. Leaving aside the issues raised by Edward Snowden and the NSA, which have proven that private WANs are inherently insecure, this approach doesn't stack up.

A cloud service is intended to provide a company with a new way of doing business. However, waiting three months for a new WAN circuit to a specific building or data center -- as is often the case in these situations -- is not consistent with the concept of cloud. Cloud is mostly about paying a premium for rapid provisioning, paying for use and avoiding onerous ITIL-style processes.

Don't make the mistake of deploying a managed hosting service with elevated cloud pricing. Private WAN connections are not a public cloud solution because they lock you into services with specific provider at a specific geographic location.