A microservices architecture is an alternative approach to structuring and building applications, whereby large, complex software applications are composed of one or more smaller services. Each microservice focuses on completing one task representing a small business capability. These smaller services are loosely coupled, so that each component becomes a separately running process on the network.

Microservices represent an important architectural innovation, helping organizations get new and improved services into the hands of users faster than ever. They are also important in helping developers and DevOps teams save time, simplify coordination and improve processes. Here are three ways in which developers can benefit from microservices:

No. 1 ‒ Improved agility and productivity: The team developing the microservice can build, deploy and test it independently of other components in much faster iteration cycles. Because the microservice component is simply another component on the network, developers can use the language or framework best suited for the required functionality. This approach can significantly reduce the amount of code to write and make it dramatically simpler to maintain. It also ensures that teams can take on new technologies or versions of existing technology as needed, rather than waiting for the rest of the application domain to catch up.

No. 2 ‒ Accelerated scalability: The development team can scale a microservices component at runtime independently of other microservice components, enabling efficient use of resources and rapid reaction to changes in the workload. The workload of a component can be moved to the most appropriate infrastructure for the task. It can also be relocated independently of other components to take advantage of network positioning. Well-written microservices offer extraordinary on-demand scalability. They are also well suited to leverage the elastic capabilities of cloud-native environments, which have cost-effective access to enormous infrastructure resources.

No. 3 ‒ Resiliency: The separate runtime of microservices provides immediate resilience that is independent of failures in other components. With a carefully decoupled design, each microservice component can be written to satisfy its own availability requirements, without imposing those requirements across the application domain. When using a technology such as containers, microservices components won’t take down whole areas of unrelated functionality if they fail. In addition, microservices are written in a highly stateless fashion so they can immediately redistribute workloads and almost instantaneously bring up new runtimes.

However, even with all of these benefits, microservices are not right for every application or environment. There are a variety of factors to consider when choosing microservices, including application suitability, the presence of enabling technologies, design paradigms and the maturity of your DevOps processes. Before getting started with microservices, make sure you are up to speed on what they can and can’t do for your organization. 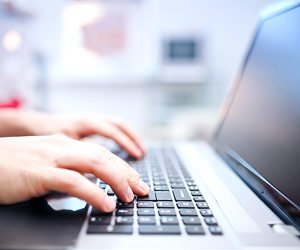